The new year is upon us and I want to personally thank everyone for a great 2019. We look forward to helping you make 2020 your best year ever! Michael Rogers, Owner

These deals end soon, if there is still time on the timer below then they are active:

Deal 1 added on 12/13/2019 is a multiple base deal on three of our most popular products/services:

Let the countdown of the 12 days of holiday cheer begin. Check this page daily through the end of the year for daily new special deals on MLM Leads, Solo Email Ads, SMS Text Ads and more. Feel free to comment below on what kind of special deal you would like and we’ll do our best to accommodate you.

The magical and crazy time of the Holidays are upon us. Call it Christmas, Hanukkah, Kwanzaa, whatever you want, the time is near and it’s time to start the celebrations and crazy deals.

Deal 1 added on 12/13/2019 is a multiple base deal on three of our most popular products/services:

Here is the entire list of Black Friday, Small Business Saturday, and Cyber Monday specials on MLM Leads, Solo Email Ads, SMS Text Ads, and more for 2019. Grab these deals while they last (They end on 12/3/2019 at 11:59PM EDT):

If you see something else you are interested in please just get in touch with us and we’ll work with you on a deal. 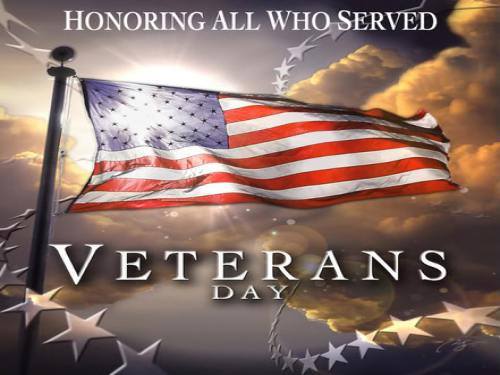 Veterans Day is a time for us to pay respects to those who have served. For one day, we stand united in respect for you, our veterans.

This holiday started as a day to reflect upon the heroism of those who died in our country’s service and was originally called Amristice Day. It fell on Nov. 11 because that is the anniversary of the signing of the Armistice that ended World War I. However, in 1954, the holiday was changed to “Veterans Day” in order to account for all veterans in all wars.

Monday, November 11th is Veterans day so please do your part and thank someone who has served or is serving now. Not just on Monday, but often. While I don’t always agree with everything our government does, I respect and appreciate everyone who serves.

The only way I can say thank you here is to bring back some of our biggest specials for a one-week special event only. So if you need traffic, leads, sales, downline, etc, check them out:

These END on Friday, November 15, 2019 at Midnight. All bonuses are added manually to your order, no coupon needed and it won’t show on the site anywhere.

We look forward to working with you and helping make your business a success.

If you need leads for your business (and what business doesn’t) then this is for you.

Here are a few options for you that you might not see on our site but they are good options:

* Bulk MLM/Bizop lead feed – Get a massive quantity of leads – still responsive and good for automated contact methods like texting and voice drops, etc – Get Them Here

* 100% Custom and 100% Exclusive Phone Interviewed Leads Expecting To Hear From You Specifically – A great higher quality lead that you can call, text and email. They are just waiting to hear from you (Scroll down and read the description in full to see a sample of the script we personalize to you) – Get Them Here

If you have any questions, just contact us here.

We get asked this question at least once or twice per day:

“What is the best option for getting traffic/leads, etc, to my site/offer?”

That isn’t a super simple straight answer because I always recommend testing, testing, testing. You really have to test each offer with each type of marketing channel to see what works best for that particular offer. Sometimes the results will surprise you (and us).

With that said, Solo Email Advertising is still the current reigning champ and 7 out of 10 times that is what I recommend trying first.

To no one’s surprise, SMS Text ads are really creeping up to make a challenge at the King Of The Hill…

Contextual Advertising remains solidly in third but is always worth testing for each offer as well.

For today only and for our valued email readers (that’s you!) we are offering a bonus on all 3 (instructions for claiming these deals are below):

Instructions For Claiming the Bonus – Put a note in the “Additional Comments” area of the checkout page referencing the “Email King Bonus” along with your URL or ad copy and we’ll add it manually for you.

If you have any questions, just Contact Extreme Lead Program Here.

We are running specials to help you get more website traffic and leads for your business, but they will only be active for a short time only:

If you have any questions, just Contact Us Here.

We look forward to working with you.

Have a great day.

Saint Patrick’s Day, or the Feast of Saint Patrick (Irish: Lá Fhéile Pádraig, “the Day of the Festival of Patrick”), is a cultural and religious celebration held on 17 March, the traditional death date of Saint Patrick (c. AD 385–461), the foremost patron saint of Ireland.

What began as a religious feast day in the 17th century has evolved into a variety of festivals across the globe celebrating Irish culture with parades, special foods, music, dancing, and a whole lot of green. Historically the Lenten restrictions on eating and drinking alcohol were lifted for the day, which encouraged and propagated the holiday’s tradition of alcohol consumption (as if we needed another reason).

St Patrick’s Day, while not a legal holiday in the United States, is nonetheless widely recognized and observed throughout the country as a celebration of Irish and Irish-American culture. Celebrations include prominent displays of the color green, religious observances, numerous parades, and copious consumption of alcohol. The holiday has been celebrated in North America since the late 18th century.

I really meant to send this out to you yesterday but we got swamped. The Valentines day specials are over but we are extending them for President’s day…

Colloquially, the day is also now widely known as Presidents’ Day and is often an occasion to honor all persons who have served as president, not just George Washington.

So these are extended for a short time only:

I don’t know about you but I’m having trouble getting motivated today.

It’s back to the grindstone, as they say, all the kids are back in school and it’s go time. Time to make 2019 our best year ever together.

So do whatever you need to do to get the blood pumping. Grab that extra cup of coffee, do some jumping jacks or other exercises and get moving.

These specials are all ending this Sunday so get that jumpstart you need for 2019 right now:

These will be ending soon, don’t miss out.

Cyber Monday is a marketing term for the Monday after the Thanksgiving holiday in the United States. The term “Cyber Monday” was created by marketing companies to encourage people to shop online.

We encourage you to check out these special deals, good for a very limited time: